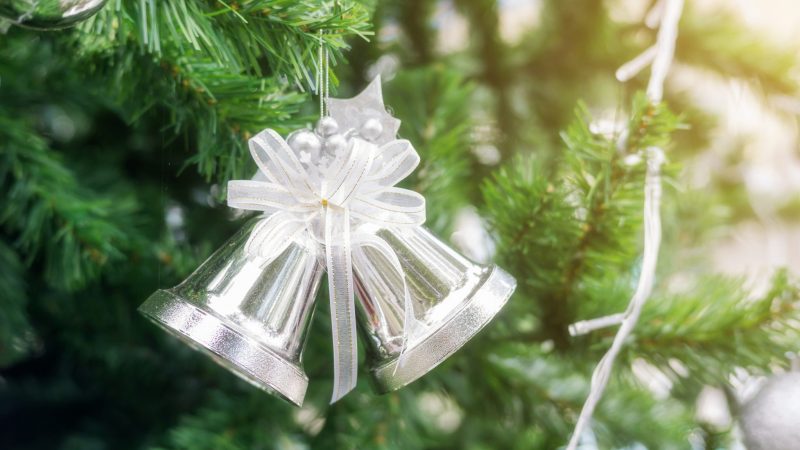 “It’s practically the only song about Christmas in a big city, with department store lights, window displays, shoppers and all the rest,” said Ray Evans, describing the song he and Jay Livingston wrote in 1950. At the time the two were under contract to Paramount and were assigned to write a Christmas song for The Lemon Drop Kid, starring Bob Hope and Marilyn Maxwell. They were a bit daunted by the task, because there were so many Christmas standards. So, as Evans put it, “We set out attention on the ‘bell’ side of Christmas and to Christmas in the city — in contrast to ‘White Christmas’ and other standards, with lots of snow and country and small-town images.” The result was a holiday classic, especially after Bing Crosby and Carol Richards recorded it in 1951.

City sidewalks busy sidewalks .
Dressed in holiday style
In the air
There’s a feeling of Christmas

Silver bells, silver bells
It’s Christmas time in the city
Ring-a-ling, hear them sing
Soon it will be Christmas day