Walking in the Air 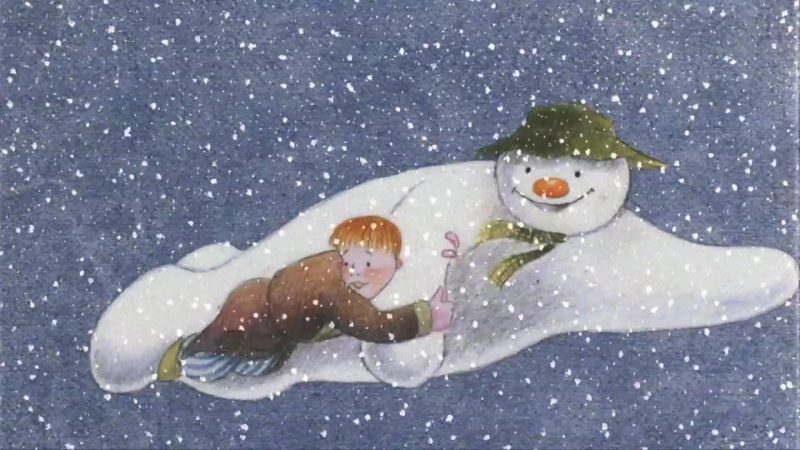 Walking in the Air

“Walking in the Air” is the only vocalization of the wordless 1982 animated film The Snowman, which is based on Raymond Briggs’ children’s book of the same name.

The film is about the adventures of a young boy, who builds a snowman on Christmas Eve. The snowman comes to life, and the two fly to the North Pole. “Walking in the Air” is the theme for their journey as they soar through the clouds. They attend a party of snowmen, meet Father Christmas and his reindeer, and the boy is given a scarf with a snowman pattern. In the film the song was performed by St Paul’s Cathedral choirboy Peter Auty. A subsequent single release was sung by Aled Jones, and reached number five in the UK pop charts in 1985.

We’re walking in the air,
We’re floating in the moonlit sky,
The people far below are sleeping as we fly.

We’re holding very tight.
I’m riding in the midnight blue.
I’m finding I can fly so high above with you.

Far across the world,
The villages go by like dreams,
The rivers and the hills,
The forest and the streams.

Children gaze open mouthed,
Taken by surprise.
Nobody down below believes their eyes.

We’re surfing in the air.
We’re swimming in the frozen sky.
We’re drifting over icy mountains floating by.

Suddenly swooping low on an ocean deep,
Arousing of a mighty monster from its sleep.

We’re walking in the air,
We’re dancing in the midnight sky.
And everyone who sees us greets us as we fly.